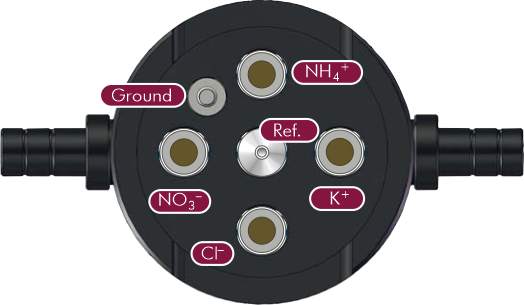 Oxysmart is a control algorithm. It is based on the proven theory that it is possible, in a municipal treatment plant, to control the activated sludge treatment process by monitoring the concentration of ammonium.
The Oxysmart 50-series is installed at the basin and is operational from the moment of installation. The logic is adaptable to any plant, regardless of the electro-mechanical equipment, to optimize the operation.
Loaded on a 50-series Controller, this algorithm transforms the control unit into a system capable of managing compressors, VFDs and mixers, to optimize the process and adapt to load variations.
The OxySmart works by continuously adjusting the oxygen set-point based on the load and reduction of ammonium as detected by the included ammonium-ion selective S470/NH4 probe. A Chemitec optical D.O. probe (also included) monitors the achievement of the target O2 level.